And Then I Found Twenty Dollars

It's snow day here in Lynchburg!
And that means NO CLASS for me and an update for you! 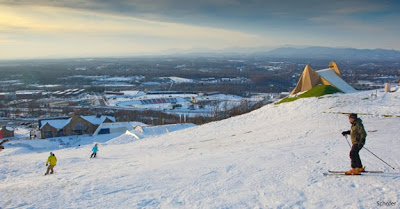 I've been here for a little over three weeks now, but it feels like I've been here for so much longer.
I'm sad to announce that I STILL don't know my other housemates, but as I was cooking in the kitchen earlier today, two of them walked in the front door, all bundled up in winter attire.
Me: "Heyyy!"
Them: "Hey."
...and then I found twenty dollars.
It's progress, I suppose.
Classes are going pretty well so far. I've totally developed a love for my music theory class, which is something I thought I would never, ever, EVER, ever say. The dudes and I have moved up to the front row so that we'd pay better attention, and I nervously shake my foot the whole time thinking over and over to myself, "you can learn this, you can learn this, you can learn this!" and then I totally end up missing everything and have to ask my professor to repeat it all over again.

Like I said, progress.
I probably look forward to my theory homework the most. Okay. Let me say that again. Theory homework is the ONLY homework I look forward to. It takes the longest and it's definitely the hardest, but I enjoy the challenge. I guess God really does know us better than we even know ourselves - not that I ever doubted it, I just have never seen Him demonstrate it so blatantly to me before. Me? Loving music theory? What??
I ended up joining a choir class unexpectedly my first week here, and even that has turned out to be for good reason. The reason?

Well, turns out they're going to Germany this spring break....

Uh huh.
If you know me at all, then you could only imagine what was going on in my heart when Dr. Whaley was asking for people to sign up.

And then I found twenty dollars.
Psh. I wish.
The trip costs $1200 total and that includes everything. Lodging, food, transportation, etc..


It's dirt cheap when you look at it that way, but $1200 might as well be a million when you don't have it, but  I know He'll provide if He wants me to go. He's already gotten me this far.
The roomie and I have just been chilling out in the room all day. We watched Hitch earlier and ate this INCREDIBLE southwestern chicken and white bean soup I made. I've thought about a million other things I should have gotten at Wal-Mart last night with the boys, but I think I'll make it through the weekend without starving.
The snow is still coming down outside, and I really want to go get dressed and go for a walk, but I'm not sure how much fun that would be. Maybe I'll go visit my car. I haven't seen her since Monday. Pretty sure there's still some coffee sitting in the cupholder...
hmm. Ice coffee?

Oh! I listen to straight up piano music now!


And for everyone who is concerned, don't worry - I'm not engaged yet. It's still winter, you know. "Ring by winter" doesn't quite have the same "ring" to it as "ring by spring" does.
Okay. That was funny.
Just kidding. But really. Liberty is crazzzy.
Exhibit A:
Transfer Orientation
0900 hours
“Gentlemen, your future wife could be in this very room. So what we’re going to do is take the next two minutes or so for you to introduce yourself to the ladies. Come on, now. Get out of your seats, smile real big and let’s go.”
Exhibit B:
Campus East 12


Refrigerator magnet – “KELSEY IS ENGAGED!!!!”
Holly: RA #1 – Engaged.
Tawni: RA #2 – Engaged.
Kristin: RD – Engaged.
Exhibit C:
Greater Lynchburg Transit Company; LX 1
1600 hours
Girl A on bus – Engaged.
Girl B on bus – Engaged.
Girl C on bus – REALLY engaged.
So, wait - what did I come here for, again???
Derailed, but this is important:
Drowsy Poet Cafe has the equivalent to Borjo's Dirty Chai Milkshake called "the milton" and it is sooooooooooo gooooooood.
You just lost the game didn't you?
Me too.
-C
Posted by Chelsea Cline at 7:10 PM