As Clever as You Can

Every time I open a New Post page, it's because I feel like I have something worthwhile to say, but then when I finally get to that blank page, I....well, blank. It's incredibly annoying.

I'll go ahead and warn you now that for the rest of the semester you'll most likely be reading a lot of quotes from Mr. Clive Staples (probably due to the very reliable habit I've formed at blanking out and having nothing worthwhile of my own to say). I'm required to read through his entire Signature Classics in my Philosophy class these next four months: so much fun. I'm a week in and already my brain is chock full and I'm finding it hard to let it all "marinate" so-to-speak. We read a couple chapters every night, and every couple chapters is enough to keep me thinking for a solid few days, if not an entire week. As if my mind isn't blown away by Lewis enough, the fact that I get graded for reading his books tears it into imperceptible shreds. 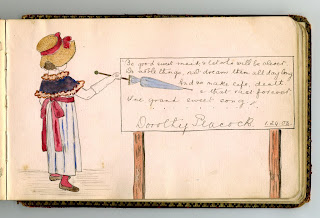 "The proper motto is not 'Be good, sweet maid and let who can be clever,'
but 'Be good, sweet maid, and don't forget that this involves being as clever as you can.'"
-C.S. Lewis
Another class that's blowing my mind right now is my hermeneutics class. I'll never read the Bible or listen to a sermon the same way again. I'm sure what I'm learning will show up in some of my blogs in the future, but for now it's more than I can even fathom to explain.

The more I learn the more I realize I know practically nothing. I feel very much like a child, and while to keep the heart of a child is one thing, obtaining a "grown-up's head" is another: but of course it is best to have both and to try, to best of our ability, to keep it an even race between our heart and our head. In Mere Christianity, Lewis reminds us that Christ tells us to not only be "as harmless as doves", but also to be "as wise as serpents." Our hearts and minds were created to work in tandem, not for one to be neglected and the other to be held superior. Sometimes I think I lack the ability for either one, but if it all begins with a fear of the Lord, therefore to have a teachable spirit as most children ought to have (because I definitely know of some children who have anything but a teachable spirit) - then I'll begin there. And excuse me, but holy crap (!) do I want that to spur me onwards to sharpen whatever intelligence I'm capable of: to be as clever as I can while being as compassionate as I can. We should all want that, lest always be limited and bound into a slavery of sorts: neither knowing the love or the knowledge that we're capable of knowing. What is worser still? Hindering others from knowing it in the same instance, by way of our ignorance in never disciplining ourselves to learn what we can. This is where the kicker comes in for me personally; my children will only know as much about the Lord and His Word and theology and in pursuing righteousness as I do.

...and that gives me a little more incentive as well.

"Anyone who is honestly trying to be a Christian will soon find his intelligence being sharpened: one of the reasons why it needs no special education to be a Christian is that Christianity is an education itself."
-C.S. Lewis
Told you I'd be quoting him a lot.