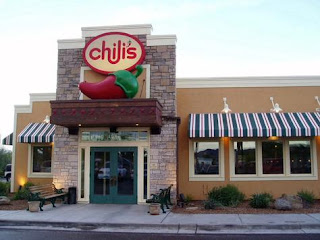 It’s the end of my shift. I’m about to cash out and head home and my manager Jenn decides to ask the big question - one I don't yet have an answer to.


To be honest, it has somewhat been the elephant in the workplace lately. Whether by my own making or not, it was hard enough telling work that I got accepted into Liberty, nevertheless telling them exactly when I would be leaving. Managers aren’t really all that happy to hear that a percentage point is going to be added to their turnover rate (not that my leaving would really affect any of that), but when it’s in due to one of their employees leaving to attend a Christian University, well – let’s just say I’d be better off knocking over someone’s Margarita and dropping a hot plate of crispy chicken tacos onto their lap in one fell swoop (which, believe it or not, has happened a time or two); obviously (and thankfully), waitressing is not my calling.

For the most part, they’ve been really accepting and encouraging...

It all comes down to the beckoning question on all of my employers' minds. Who knows how they're going to take it. Roll their eyes? Fire me now? I mean, the hems on all of my jeans are frayed, but how is that really my fault?


She sort of does this awkward, pressing-of-the-lips/nodding-of-the-head sort of thing and continues to peck away at the calculator and sort through my credit card receipts.

Not an opportune time to request for time off; the tension in the air has already claimed it's territory, but it’s either now or never so I somehow round up the courage to ask. After all, failure is never fatal - so I’ve heard.


Apparently however, for me, this whole "failure is never fatal, success is never found, courage is the only thing" mentality only tends to come out in moron when I'm dealing with Jenn.

So as I’m preparing to ask for days off, I try this thing of pretending she’s Byrd, Sarah, or Lauren to help calm my nerves, but not surprisingly, it doesn’t hack it. I’ve never really been a fan of imagining people in their underwear either (call me crazy), so I have to result to simply getting it over with as quickly and as painlessly as possible. In doing that, I ended up falling over my words as badly as Beyonce fell on her face in Orlando. Click that link. Trust me. You’ll be glad you did.

I manage to get “the 5th-8th of November” out of my mouth and as we flip through the scheduling book, I take my pen in shaky hand and pen in my name and the dates requested. Then she asks, “what do you need off for?”

“Well, Is it necessary that you go?"


“Well, not really, but kind of, yes. I uh…well, you see, there’s this audition for a ministry team – well, it’s like a worship team….you know….a band – and well, the auditions are being held that weekend, and if I make it into one of them, I, uh, get a full-tuition scholarship."

Cool?
Did she really just say that was cool?
I mean, I said the words “ministry team.”


I couldn't believe it. It actually went over pretty well -
“um’s,” “uh’s," stutters, stammers and all.

I was going to wait for another day to ask off for Winterfest - afterall, I didn’t want to be given an inch and take a yard, but I really didn’t want to do this again, so I just went ahead and asked for the 30th and 31st of December off as well. We flipped through the rest of November and skipped right to the end of December where she stops for a brief second, and then says, “You can have the 30th off but not the 31st.”


“Yeah, do you know what night that is? Do you know how busy we’re going to be?”


I stop and try to swallow this, but then I’m suddenly struck with the most profound “aha” moment of my life. Before I could stop the words they were already hanging in the air:


“Well, then. I guess I know now when my last day of work is going to be…”


Jenn turns her head to look at me, almost as to ask, "are you serious?" and then when she realized I was, the most beautiful thing happened:


And so it is: the most recent development on my trek towards Liberty. Last day of work.
December 29, 2009

Posted by Chelsea Cline at 1:52 AM