Burts Bee's is awesome, but eating it is not.

You see, I'm one of those gals who hardly ever has chapstick on her, but when I do,  I'll keep slathering on the balm - over and over and over, to the point where most of it's contents slide off into my mouth and causes me to gag violently. My mouth is somewhat tingly and minty-fresh due to this, almost as if I had brushed my teeth. So I'm here debating on whether or not I should forgo the toothbrush and toothpaste this morning for a second go 'round, but I can't handle it.

Get this wax out of my mouth, please.

I'll be moving in less than a week! That. is. crazy.

I hope the rest of this week and the weekend goes by extremely slow. I really just want to cherish life right now, if you know what I mean. And then, there's this thing called Passion I should probably try and tell you about, but I fear I would write a novel and I don't want your eyes to go bad by straining them for days - although, I must say that it would probably be worth it.

What I will do is tell you to head over to the 268 Blog where you can see pictures and get a glimpse of what I was immersed in this past weekend. The second thing I would do is get together with you over coffee or lunch and tell you everything face to face. If you're interested in hearing about the boat load of information the Lord has put me in charge of, I'd love to sail it to your direction. Just shoot me an e-mail or a message on facebook. Otherwise, I'm sure everything I've learned will somehow find it's way into my posts from here on out in some way shape or form. I would hope so at least.


Just so you know, 'Passion' isn't over. I never did get the 'spiritual high' I was hoping for, but I came out with so much more. Something much more permanent. I found and came out with Christ Himself, and He's so much better than fleeting feelings and emotions that pass by as soon as you walk out of the arena.

I think the major things I learned was how evident His love was and how it just bonded us all. My family group was incredible and I would do anything for anyone of them, people I'd only known for a few days. That's something only Christ could do. And Chad, whom, I had only met minutes before one of the Main Sessions began, offered me a piece of chewing gum. I found God even in a piece of Trident and you can be sure of it, my mouth gave out some severe minty-fresh praise afterwards.

Aside from His love, I learned too, of His wrath. God is all about redemption but He's also all about justice. I've gotten to see more of who God actually is, not my watered down and diluted version of Him, and it has placed Him as the firstborn in my life and has put a fear of Him and of His Word in my soul. He is not like me. He is not just my chum, or pal. He is God. He spoke stars, ten-million times the size of our sun into existence and it didn't even singe His lips. This is the God who lives in us. Who satisfies us the most when He is glorified the most. The Cross isn't about us, it's about His glory. Mind blowing.

I fear Him now, more than I ever have before - and I'm not just saying that to stir some sort of fake emotion up within me. However, I'm not exempt from emotions entirely. I mean, I am still very much a girl. That fact hasn't changed.

Yesterday as I was leaving the Ministry House to head back to New Market, I decided to call up my hairdresser, Shana, and see if she could squeeze me in for a haircut. Turns out she doesn't work there anymore. She works at some salon called Vera-something-or-other. Since I don't have my Instinct anymore, I couldn't just type in the name of the salon, get the number or the directions and just go there. So, I decided to drop in to Hair Studio where they hooked me up with this hairdresser named Khandra.

She was just walking in the door, seemingly rushed. She was latin, but she had style and I knew my hair would be safe in her hands.

So I sit down in the shampoo chair and she tells me my scalp is irritated and my hair is falling out. She asks what kind of shampoo I use, if I'm taking any medications, or if I'm diabetic. I respond with, "whatever is in the shower, no, and I hope not."

"Hm, your hair shouldn't be falling out like that."

And I'm sold. Aveda Scalp benefits Shampoo and Conditioner for $17.

By the time I made it to the barbers chair, showing her a picture of a medium length, angled haircut - not much different than the style I wore before yesterday at 4pm - she took some scissors to the nape of my neck and snipped a good four inches off the back. Then she takes a BUZZER and starts buzzing the back of my neck. Get me the heck out of this chair, I gotta go.

In her thick, latin accent she convinces, "It's still going to be long in the front honey, I just thought I would stack it in the back. I wasn't trained to follow pictures, I was trained to pick what's best for your face and I think this will look really good on you."

"Beauty is fleeting, beauty is fleeting. I'm too vain anyhow, so this could be good for me. You did say that You make all things work together for my good. That includes haircuts too, right?

So, what are we waiting for? Let's do this thing, Jesus."

Not a single strand of hair falls on my neck and it's dauntingly weird, but I think God used this new gained fear of Him to prepare me for this. Yes. As absurd and as juvenile as it sounds, He was preparing me for a short haircut. When I would have just sat in that chair anticipating how beautiful they were going to make my hair look, I was instead casting all vanity aside, reciting Scripture over in my head, making Him the firstborn of my life in those moments by remembering who He is. What does any of it really matter? What matters besides Him?

He spoke stars, ten-million times the size of the sun into existence and He lives in me and is passionate about His glory, and that's why I'll paste a picture here of my haircut. People, a buzzer was taken to my hair. It definitely wasn't what I wanted, but He worked it out for good. I got to spend time with Him in a barbers chair, and then experienced His amazing grace when I looked in the mirror and saw that it wasn't as bad as I had thought it would be. It wasn't what I wanted, but in a lot of ways it was even better.
Just because of Him. Even if I would have looked in the mirror and hated it.

You can find Him in the most bizarre places and situations if you look for Him - even in haircuts and chewing gum - not just in Atlanta, Georgia at Passion. I haven't found Him in the Burts Bees just yet, but I'll keep looking - even when I'm spitting in the sink profusely. 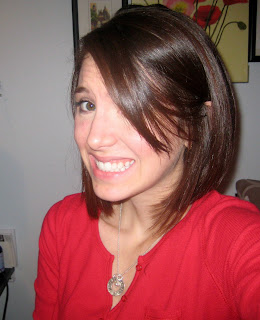 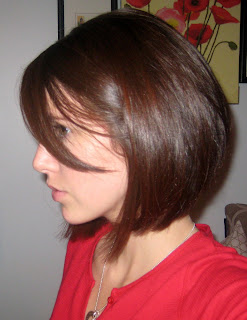